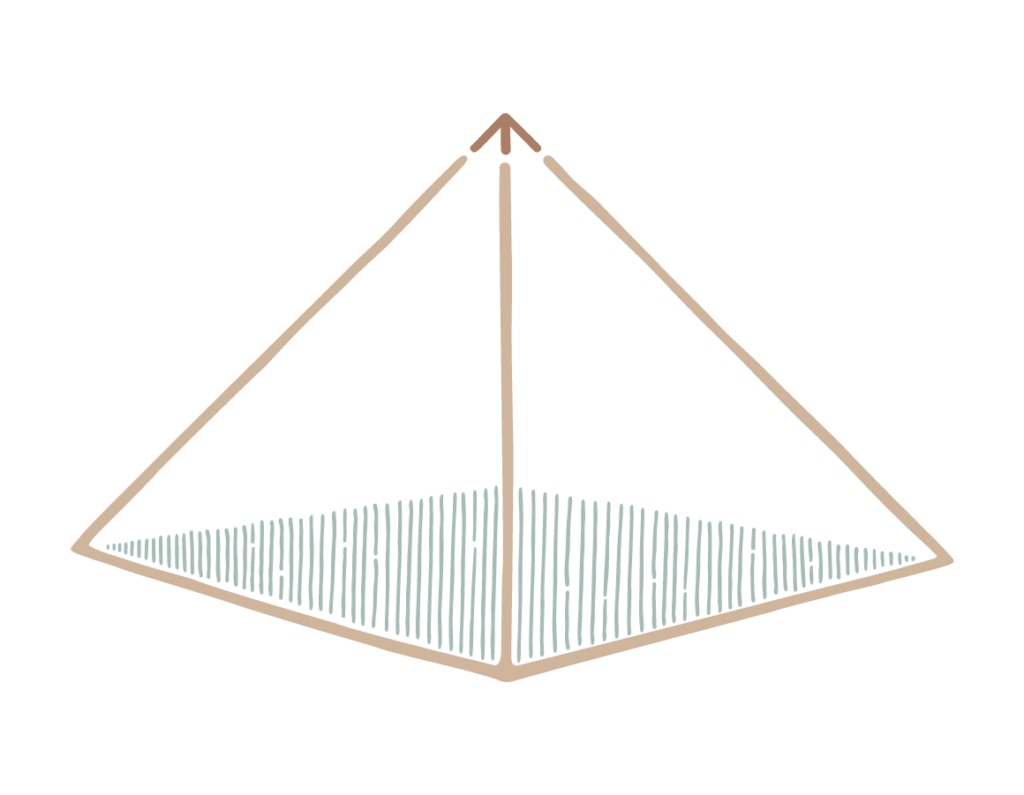 Biohacking the Cerebellum – why waking up the hands works.

To be human is to feel and experience emotions.
If we look at common daily expressions, it’s clear that our sense of touch is intrinsically emotional.

Please keep in touch.
I didn’t mean to hurt your feelings.
I can’t stand that slippery politician.
I’m touched by what you said.

When we encounter someone who’s emotionally clumsy, we call them tactless, which literally means they lack the ability to be ‘in touch’ with the other.

So how does this connection between emotion and the sense of touch form?

It begins very early in life. The formation of the social engagement system depends on oxytocin, which is produced when we come into direct contact with others through touch and feel safe and connected.

People born without the sense of sight, or with a hearing disability can develop great bodies and minds and experience a great life. But those born either without the biological components for a sense of touch or don’t receive touch during their infancy and first years of life experience disastrous consequences.

That’s what happened in orphanages in Romania during the Ceausescu regime in the 1970s and what followed in the 1980s in grossly understaffed orphanages.

With no-one having the time to hug, hold, caress or be loving in a tactile way towards these children, the terrible results began to unfold. These children developed compulsive, self-soothing, rocking motions, attachment disorders and cognitive delays which weren’t just neuropsychiatric problems. Due to touch deprivation, their general growth was stunted, and their gastrointestinal and immune systems underdeveloped and compromised.

In some cases, volunteers came to give just 30 minutes of loving touch a day. This minimal amount of hugging and limb manipulation was enough to completely reverse all of the harmful effects of previous touch deprivation— but only if it occurred in the first two years of life.

It was observed that if the intervention came after the age of two, all problems occurring due to early touch deprivation would persist for the rest of their lives.

The critical role of touch within childhood development wasn’t always understood. In the 1920s, John B Watson, the founder of the psychological movement ‘behaviourism’, advised parents to never touch or hug their children unless they were being rewarded for an extraordinarily good job or difficult task—advising in this case to pat them on the head and give them a handshake at the end of the day.

Today, thankfully, most parents don’t raise their children this way. However, it’s a very different situation outside of the home where no-touch policies have been installed for supervisory adults such as teachers and coaches.

While these new laws are well-meaning, they can have a disastrous effect, for example, when a young child reaches to get a reassuring hug from their teacher, who isn’t allowed to come into physical contact with the child.

Touch is a social good, an opportunity to create bonds of trust, cooperation and empathy. Touch is social glue.
It’s what binds sexual partners into lasting couples.
It’s what bonds parents to their children and siblings.
It connects people in community together within the workplace to produce effective teams.

The National Basketball Association completed a wonderful study on teamwork. They watched videos of all teams in the NBA games in the first half of the season and had people note down all of the instances of celebratory touch. This included all pats on the chest or buttocks, high fives and any other touch that team members made to celebrate a basket.

They came up with an index of celebratory touch for each team, and hypothesised whether the index for the first half of the basketball season would predict what would happen in the second half.

Their results found that teams engaging in more celebratory touch won more games in the second half of the season. More importantly, these teams played in a more cooperative fashion, for example, the star being more likely to pass the ball to another player who had a better chance of a shot.

But the question isn’t whether touch is good or important, and rather that the specifics of our sense of touch—how information is relayed from our skin, via nerves to the brain—and what we actually experience as ‘feeling’, seem strangely different.

These strange and counterintuitive facets of touch profoundly affect our human experience and our human society.

1) We experience touch as a unified sensation, but it’s actually created by many different specialised sensors working in parallel.
We have many different kinds of nerve endings in our skin—each one a micro machine, specialised to transfer a certain kind of information.
One nerve ending detects heat and another cold. One registers pain and others register sexual sensations, vibration, pressure, texture and fine tactile form. The density of these nerve endings is different in different parts of your skin and gives rise to the way you experience touch on different parts of your body.

The fingertips have a high density of nerves called ‘Merkel endings’ which are the best at detecting fine tactile form.

And even though your lips, tongue and cornea are very sensitive, you can’t read Braille with them. This is because these parts of the body aren’t discriminative, as they lack Merkle endings.

I’m sure you’ve experienced getting a piece of grit in your eye‚—although it hurts like crazy, it’s actually very hard to tell precisely where in the eye it is. It’s the same with genitals, we can’t read Braille with our genitals either, because we don’t have Merkel endings there!

2) There is no touch sensation without emotion. The two go hand-in-hand. All streams of information come in via nerves and the spinal cord to the brain and distribute into two different systems.

One system is the somatosensory cortex. Being the ‘headquarters’ of the discriminative system, this part of the brain is all about the facts. It tells you where on your body you are being touched, in what way and how intensely.

The other is the emotional touch system, which is completely separate and located in the posterior insula. This part gives the different kinds of touch their particular emotional tone.

For example, if you get whacked on the thumb with a hammer, you’d experience awful throbbing pain and feel an emotional response such as anger or frustration. However, if your posterior insula was damaged (known as ‘pain Easton boliya), you wouldn’t feel the same emotional intensity. You’d feel the pain in the same way, and acknowledge it saying something such as, “Yep that hurts, my thumb’s throbbing”, but you’d need the posterior insula to feel the connected emotion.

Whereas, if you had a damaged somatosensory cortex and got whacked on the thumb with a hammer, you’d have the emotional response, saying for example, “Oh that hurts so badly”, but you’d have no idea where exactly the pain was coming from.

We’re used to thinking that certain sensations have an intrinsic emotional tone—but this is a trick our brain plays on us.

We experience a pain sensation along with the negative emotional reaction, only because these two different brain systems are active simultaneously.

As you walk down the street moving your limbs and torso, your clothes are also moving against your body—but you don’t think about these sensations at all. They don’t enter your consciousness because they are strongly suppressed. Whereas if you slowed down enough, you’d become much more aware of those very same sensations.

In the same way, when you attempt to pleasure yourself, electrical signals flow from the motor cortex in your brain, down to the muscles of your arm and hand (so that you can produce pleasure through movement). A copy of those signals also goes to a part of the brain called the cerebellum.

The cerebellum transforms these signals into inhibitory signals and feeds them into the somatosensory cortex, (the fact-based touch center) which suppresses the sensations.

And this is the very reason it is so difficult to pleasure yourself.

However, we can get around the brain’s hard wiring with a simple practice—of slowly feeling an object for just 5 min per day. This way, it’s possible to rewire your nervous system to connect the motor cortex with the somatosensory cortex.

If we believe we can take in reliable, rational information about the outside world through our sense of touch and make non emotional decisions about it—we’re kidding ourselves!

Our senses are not designed to give us the most accurate representation of the outside world. Instead, they ‘mess’ with the data. Based on your personal conditioning, your brain either emphasizes information coming in through touch, or diminishes it, because it blends the raw data with your emotional state. This begins very early in life, so that by the time we become consciously aware of sensory information—this process is already wired.

While your brain serves up your experience as ‘real’, actually, the raw data coming in through your sense of touch is blended with your own personal reality, due to your personal past experiences in life—as well as the genetic data of your DNA.

This hard wiring of the cerebellum, the motor cortex and somatosensory cortex ensures you pay more attention to the outside world—than to the consequences of your own movement.

But when you slow down enough, you can include the posterior insula (the emotional touch system). Then, when you’re in movement, motor impulses combine with the somatosensory cortex—and you experience feelings that may feel alienating or strange. This is neurological biohacking taking place. It comes with the benefit of deeper connection to feeling yourself. Of enriching and intensifying your sense of touch.

Join the Somatic Consent Community to activate your hands or just to get the vibes. 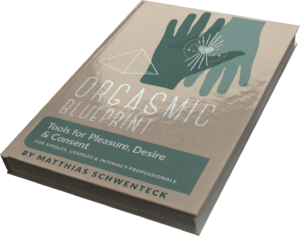 Interview with Harry Faddis about the 3-Minute Game

Interview with Harry Faddis in March 2021 Harry Faddis D.D., C.P.C.C. is programming director of the The Easton Mountain Retreat Center in New York. Harry is the creator of the 3-Minute

The difference between trauma release and re-traumatisation  “What is armor after all but a cage that moves with you? – Rebecca Solnit De-armouring transforms the contraction and holding patterns we

My dividing from the School of Consent.

Nov 13, 2019 My intention with making this post and its content public—is to put some misleading comments made by Betty Martin, founder of the Wheel of Consent into a

For everybody who like to figure out more about the function of our nervoussystem without reading for years. One minute of video replaces 1,2 mil words. 1 minute of somatic

Request the English Engagement System PDF and Newsletter signup Stay up to date with the latest news and upcoming events and webinars. You can change your mind and unsubscribe at 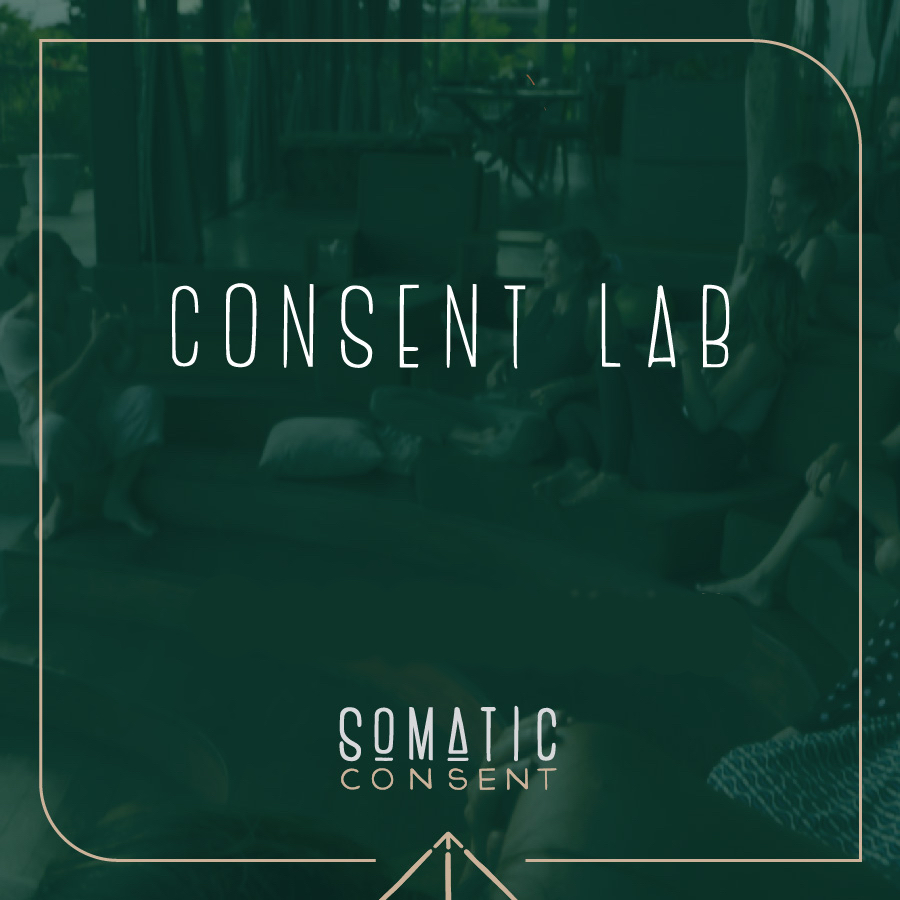 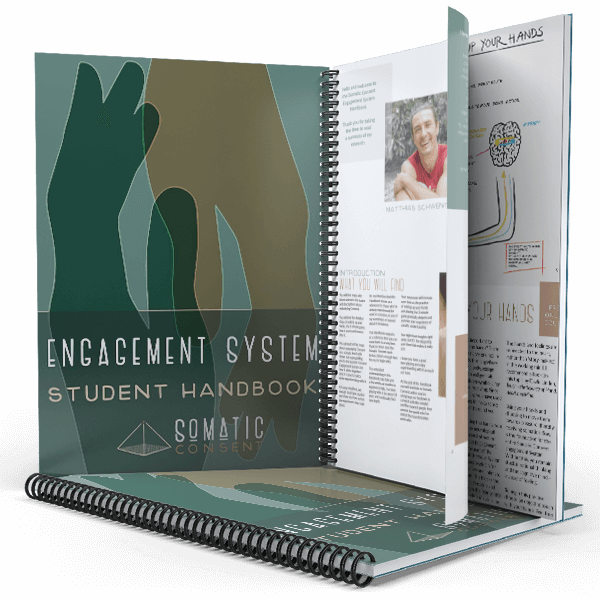